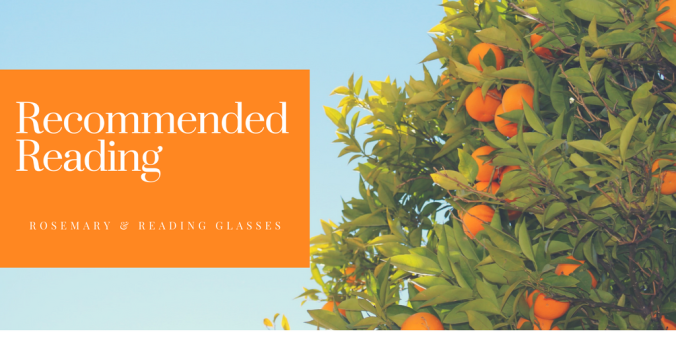 Ann Patchett’s Commonwealth* is like an unfamiliar lake on a ninety-degree day that you can’t  wait to sink into; even if you don’t know how deep it goes, you won’t want to come up for air.

It starts in Los Angeles, with a bottle of gin and orange trees heavy with fruit. Bert Cousins walks into the christening party for Beverly and Fix Keating’s new daughter Franny with a completely inappropriate gift (the gin), which when mixed with fresh-squeezed juice from the backyard oranges leads to revelry not usually associated with christening parties.

Then Bert kisses Beverly, leading to the unraveling of two families and the imperfect attempt to knit together a new blended family. Beverly and Bert move to Virginia with Franny and her older sister Caroline; Bert’s four children—Cal, Holly, Jeanette, and Albie—visit during the summers, leaving their mother Teresa behind in L.A. Bert and Beverly are “careless people” in many respects; the children are often unsupervised, and they find their (dangerous) freedom exhilarating: “It was like that every summer the six of them were together. Not that the days were always fun, most of them weren’t, but they did things, real things, and they never got caught.”

The kiss is the first of three turning points in this excellent novel. The second involves a terrible accident; the third is when Franny, adrift in her twenties, meets the acclaimed novelist Leo Posen and tells him her family’s story.

Commonwealth follows eleven major characters over fifty years—and manages to deliver full portraits of their lives in less than 350 pages. Each chapter is as exquisitely paced and revealing as a short story (indeed, several of the chapters could stand alone as stories), and yet the whole is greater than the sum of its parts. Ms. Patchett’s storytelling makes the ordinary gripping; for instance, when Franny is treated like a cook and maid by Leo’s publishing friends in the summer house they’ve rented together, I started biting my nails, wondering if she would snap. I practically cheered when, earlier in the book, Teresa puts her four kids on the plane to their father (who had pushed for full summer custody) without suitcases but with a list of all the appointments they need (dentist, doctor, etc): “Beverly Cousins wanted her family? Have at it.”

I started off thinking that Commonwealth would be a book about divorce; and it is, of course, but it’s more about family, bad decisions and living with the consequences of those decisions, loyalty, and friendship. My copy of the book is studded with notes marking favorite passages and lines (“Franny’s skin was so translucent it acted more as a window than a shade.”); I’m willing to bet that if you pick it up (it’s out today), your copy will be too. Commonwealth is highly recommended.

Have you read Commonwealth or any of Ann Patchett’s other books?

** Confession: Though I own Bel Canto and State of Wonder (the former acquired at a delightful book swap birthday party in January 2009, the latter at Target, which maybe tells you something about my collecting habits), Commonwealth is the first of Ann Patchett’s books that I’ve read. I admire her work on behalf of independent bookstores, and you can be sure that if I ever visit Nashville, Parnassus Books would be the first stop on my itinerary.