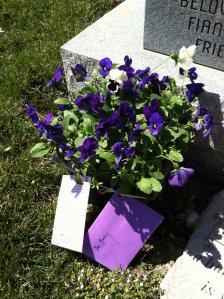 I don’t have anything new or insightful to say about death.

Sometimes it helps, sometimes not.  Two poems that have meant something particular to me are “To an Athlete Dying Young” by A. E. Housman, and “Lycidas,” by Milton, of course (despite his egotism, the last twenty lines are amazing). I’ll be re-reading them tomorrow.

And I read “Dirge Without Words” by Edna St. Vincent Millay last week. I love Millay’s work, but I’d never read this poem before, and in its rage and futility and acknowledgment of all the customary tropes, it’s perfect.

One thought on ““Gently they go, the beautiful, the tender, the kind””