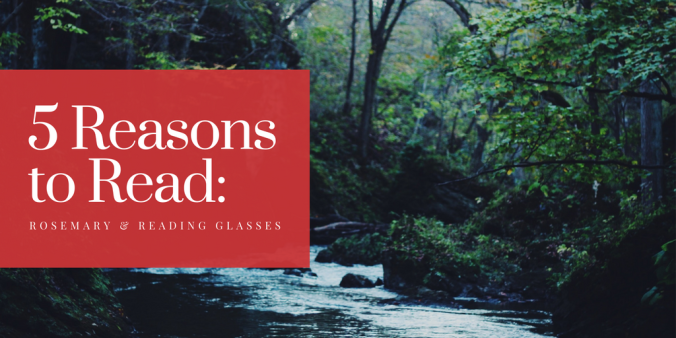 Angela Palm’s Riverine: A Memoir from Anywhere But Here* is the winner of the Graywolf Press Nonfiction Prize, and one of the books that book people have been talking about all year. Here are five reasons to read it for yourself.

1. The Midwest setting: As I’ve written before, I would love to see more books (fiction

and nonfiction) set in the Midwest. In Riverine, Angela Palm makes the oft-neglected flyover country mesmerizing, drawing readers in to her flood-prone rural Indiana town. And if place as a character is your thing, you cannot miss this book—Ms. Palm is fascinated by how places shape people. In these pages you’ll find mediations on abandoned buildings, the green of Vermont, the rituals of prison visits. But Riverine is absolutely strongest when the focus is on the author’s Indiana origins.

Most folks could see the river from their porches. Everyone could smell it. When a flood was coming, an ancient stench of mud and fish and scum hung in the air—the scent of the river amplified, swollen and ready to burst. The flood itself, though, the water’s tipping point, always arrived in the middle of the night.

2. The hook: Riverine is a book about the author’s youth, adolescence, and young adulthood and her relationship with her hometown and family, but intertwined with these is her connection to Corey, the neighbor boy she adored for years. The possibility of their future together is truncated when Corey is convicted of murdering two people and sentenced to life in prison. Still, Angela Palm can’t let him go, and a significant portion of the book considers what happened to the compassionate boy she knew, and how she comes to grips with the fact that she can’t let him go.

There was light and love at his core, and I had known it as my own. It had corrupted, somehow, dividing and dividing, rooting low, far from the sun.

3. The structure: While Riverine doesn’t share the range of essay forms used in Leslie Jamison’s The Empathy Exams, there’s a little of something for everyone in Riverine. Organized into three sections, the book works as a memoir in linked essays. Two of them stood out to me. “Dispatches from Anywhere But Here” considers locales and buildings through the lens of different criminal justice theories, while “On Robert Frost’s Lawn” has a quasi-dreamlike tone. Neither of these pieces was my favorite, but they both hint at the deep well of talent Ms. Palm has to draw from. This author has a lot left in the tank.

Unbroken windows are an illusion, like small towns, meant to tell us that “nothing bad happens here.” But it’s not true. The problems of humans manifest wherever humans are, razing each landscape raw as freshly tattooed skin.

4. The publisher: I know I don’t write much about which publishers and imprints I prefer, but friends—Graywolf. It’s a nonprofit press that brings out some of the best poetry, fiction, and nonfiction out there. If you spot those three wolves on the spine, chances are you’re in for a real treat, and Riverine is no exception.

5. The writing: I’ve been giving snippets throughout this list, so hopefully the work speaks for itself. Here’s another bit I liked:

The need to look at other landscapes for clues about what already lies within us is real. It is a variation on distance, that thing you need to put between yourself and a problem in order to see it clearly.

I think that goes for reading, too.