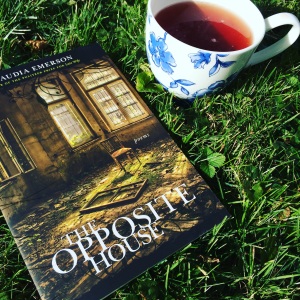 This week, I’ve been thinking quite a bit about Claudia Emerson’s book The Opposite House (which I read last year over the Thanksgiving holiday). I’ve written about her before; she died in 2014, and The Opposite House was posthumously published. As Jonathan Farmer writes in Slate,

Emerson presumably wrote the poems in The Opposite House years before she died, but it’s impossible to keep the news from them. Her gaze narrows and intensifies to an extent that I can’t help assuming—as she tells story after story of old age, demise, time folding so that what is most distant in a life comes nearest to it—that she was working on the far side of a diagnosis of cancer, if not a prognosis of death.

I completely agree. I found the poems in this collection haunting, in the best sense; take the last few lines of “Ephemeris,” a poem which Mr. Farmer considers in more depth than I will here. Here’s a link to “On Leaving the Body to Science,” in which the title accomplishes the future act of the first lines. What a poem.

The Opposite House is an intricate, fierce, intelligent collection. Highly recommended.