How would you describe the inception of The Map Thief? What was the writing process like? 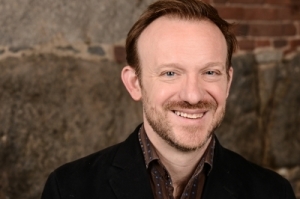 MB: I have always been interested in maps, and was struck by Smiley’s story when I first read it in the New Yorker back in 2006. I was fascinated by how much people were willing to pay for antiquarian maps and how Smiley was able to exploit that desire for these rare objects in perpetrating his thefts. When I heard he was out of prison in 2011, I approached him for an interview and found him very willing to talk and tell his story. As I started working on the book, however, he suddenly stopped cooperating, and I had to work hard to report around him through other dealers and libraries in order to piece together the story. It added a lot more work to the writing and reporting — so that it eventually took me three years in all.

Writing the book clearly involved a great deal of research into the world of maps; is there a particular cartographic time period or geographical region that was a favorite with you? 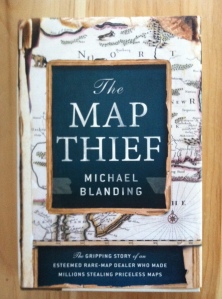 MB: As a lifelong resident of New England, I was fascinated to learn about the early settlement of this region by the English in the1600s. Smiley was also a New England native and specialized in this period, and so I was able to learn a lot from the maps he traded and eventually stole… At the time, the Dutch “golden age” of mapmaking was waning and the English were the upstarts in colonizing the area — so their first maps are very crude. But very quickly over the course of the century you can see them filling in details and creating more accurate depictions of the area as their knowledge and power increased. It’s very cool to see that happen right on the pages of these maps and atlases.

Many of the events of The Map Thief take place in the Northeast, and the Leventhal Map Center at the Boston Public Library figures prominently in the book. Since you are a Boston-area-based writer, can you recommend any other locations in Boston where new cartophiles might find interesting maps to peruse?

MB: Interestingly, before Smiley started stealing maps, he was a successful map dealer for many years — and his first and most important client was Boston real estate developer Norman Leventhal. Over the years, Smiley helped him acquire the largest collection of maps of Boston and New England ever assembled. While Leventhal eventually donated money to endow the map center at the Boston Public Library, he kept the rarest and most valuable maps in his possession — and they can now be viewed in a permanent exhibit at the Boston Harbor Hotel. The exhibit offers a fascinating glimpse at the history of Boston on multiple walls of its lobby and conference rooms, and I really recommend it to visitors of the city.

Given the inaccuracies and inconsistencies in his self-portrayal, would you be interested in interviewing E. Forbes Smiley III again if he decided to grant interviews once more? Do you think there’s anything left to be gleaned there?

MB: Though Smiley gave me a lot of information about himself and his thefts in the six hours he spoke with me, there were still pieces of the story he promised to tell me before he cut off contact — including exactly how he stole the maps and which maps he stole when. I was able to piece much of this information together from other sources, but still had to speculate on some ofthe chronology of the thefts. I would have liked to go through this chronology in more detail and cross-reference it with information he provided to the FBI to try and pin down these details.

What kinds of projects are you working on now?

MB: I don’t have another book project as of yet, but I am working on some interesting magazine stories, including an article for WIRED magazine about issues surrounding electronics manufacturing overseas. I’m also putting together a proposal for a new book that combines investigative reporting and memoir — we’ll see if that comes together! At the moment, though, I’m very excited to work on publicizing The Map Thief through media and speaking events — and finally sharing my baby with the world after three years of work.

My thanks again to Mr. Blanding for his time and thoughtful answers. You can read more about The Map Thief and Michael Blanding’s work at www.michaelblanding.com.

If you’re in the Boston area, head over to the Brookline Booksmith on June 3 from 7-9pm for a reading, reception, and signing with Michael Blanding.

2 thoughts on “An Interview with Michael Blanding, Author of The Map Thief”